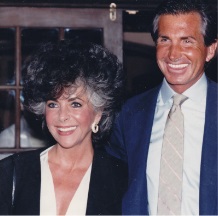 The 1980’s started with the opening of El Cholo in Orange in an old Spanish style building in the Town and Country shopping center. It was the first new El Cholo in 28 years and, in keeping with our theme to only open a new restaurant when the right site presented itself.  It was the opportunity to make Roberto Juarez Head Chef who had started as a young dishwasher and had proved to have great talent and leadership abilities.

Seven months later in Newport Beach (by the John Wayne airport) we opened Margarita Ryan’s Cantina in a food court.  There were 7 other food operations and we had the only bar. This was a partnership with a long time family friend, the famous baseball player Nolan Ryan.

Wanting to include the great reception for Southwest food that had come about as a result of Sonora Cafe, in 1924, We converted El Cholo Orange to be named South of Santa Fe and changed the decor with one half El Cholo menu and one half Southwestern cuisine.  The result was not what we hoped for so decided to sell the restaurant.

In 1986 downtown Los Angeles was beginning to have a resurgence.  A vacant location (where a fine dining French restaurant had been) at 6th and Figueroa was offered to us for an El Cholo.  Wanting to do a different approach to Mexican food we opened Sonora Cafe offering our version of Southwestern cuisine which was just starting to gain attention in the Southwestern United States.  It was named Sonora in honor of the Sonora Cafe my grandparents opened in 1923 a couple of miles south (which, in 1925, became El Cholo).

Six months after opening, the downtown library, a block away, burned down and the street was blocked for two nights as a Robert Deniro street racing scene was filmed.  Five years later the Union Bank building that our restaurant was in decided on a major remodel. This effected us because it gave the appearance that we were closed and it removed our very popular patio.  With their help, we struggled through the remodel only to find that Union Bank was not happy with the result and wanted to embark on a redo of the remodel.  Rather than continue, they chose to be of aid again and simply buy us out!  This created a new, interesting opportunity....moving west to La Brea.  We moved to the site of the then, City Restaurant, operated by Susan Feniger and Mary Sue Millikan.  As the business at City Restaurant was dropping and the ladies wanted to sell, we jumped in.  We needed a new home for Sonora it was the perfect timing!