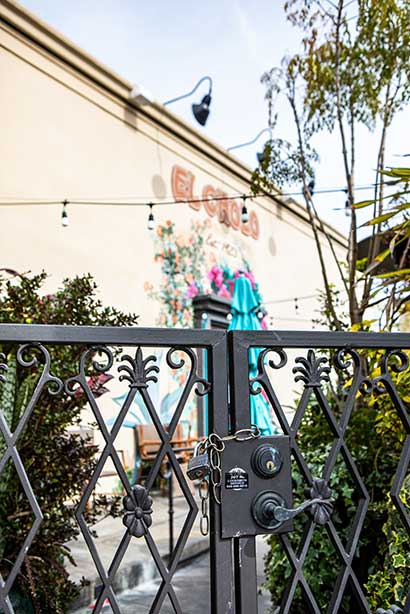 As someone whose first memories of the restaurant business date back to 1933 (yes, among those “first” snapshot memories I fondly include El Cholo), who lived through all of the ups and downs that make up the rich tapestry of life, and who until last Monday, at the age of 87, was still thrilled to wake up each morning knowing the wonderful challenges of running restaurants lay before me, suddenly found myself unemployed for the first time.

This is an extremely difficult time. Actually the worst in my memory. But I began to reflect on other times that were also quite challenging and perhaps my sharing, and having survived them actually stronger for the experiences, I hope will help us all realize that this too will pass... and in time we again will grow and benefit from it.

I was born in the Great Depression. I believe 1/4 of our population was without work. I learned a very early important lesson by what my parents created at the little Mexican restaurant in a converted California bungalow on the outskirts of Los Angeles - serving the highest quality product for only 65 cents would create long lines down the sidewalk on Western Avenue waiting to get in every night but Monday (we were closed). In later years my Dad, as he viewed society, would be prone to comment “we need another Depression” and as difficult as that sounded I knew what he was referring to. And one of the greatest gifts my parents gave me was how that time molded them with its inherent values that they passed on to me.

In 1943 my Dad was inducted into the Army for World War ll. El Cholo closed even before that as my parents were unable to get the highly rationed products that El Cholo required and, rather than settle, they closed and lived of off very meager savings. As my Dad would never buy anything unless he could pay cash, their expenses were serviceable. Spanning over 3 years after the War we reopened to the same long lines.

In 1994 we again closed for 10 days due to the Rodney King riots that devastated the city. They started at Normandie and 111th street with burning of buildings and looting. It rapidly spread south and stopped at Pico and Western, a block and a half from El Cholo, then skipped to Olympic, only a block and a half to our north, miraculously sparring us. As there was a curfew starting at 6 pm each night, I would sit in my car in the parking lot waiting to fight off the looters with ? until six only to return the next morning hoping to see my El Cholo still standing. It was! I can only guess as to why we were spared. Some say that we always treated all of our guests equally and the community remembered that. I’d like to think that was right. One of the best days of my life was the day we reopened to a clientele made up of a cross section of our city. I had lunch that day with my friend George Raveling, the African-American basketball coach at USC.

Then of course the trauma that was caused by 9/11 shook this nation as nothing else could. We closed that day but the spirit of national pride that sprung instantly from that event tested our Nation. Most of us, that are old enough, remember the great surge of pride and the nation coming together that resulted from that terrible day.

All of these were terrible times that caused incredible suffering and loss. If there is a lesson to me having experienced first hand all of these extremely difficult moments (that tried us to our virtual limits) it is that those of us who survived strangely are for the most stronger for them. We also crazily have a deeper appreciation, that we might have never enjoyed, about what we refer to as the important things in life. We’re actually, quite possibly, stronger for it.