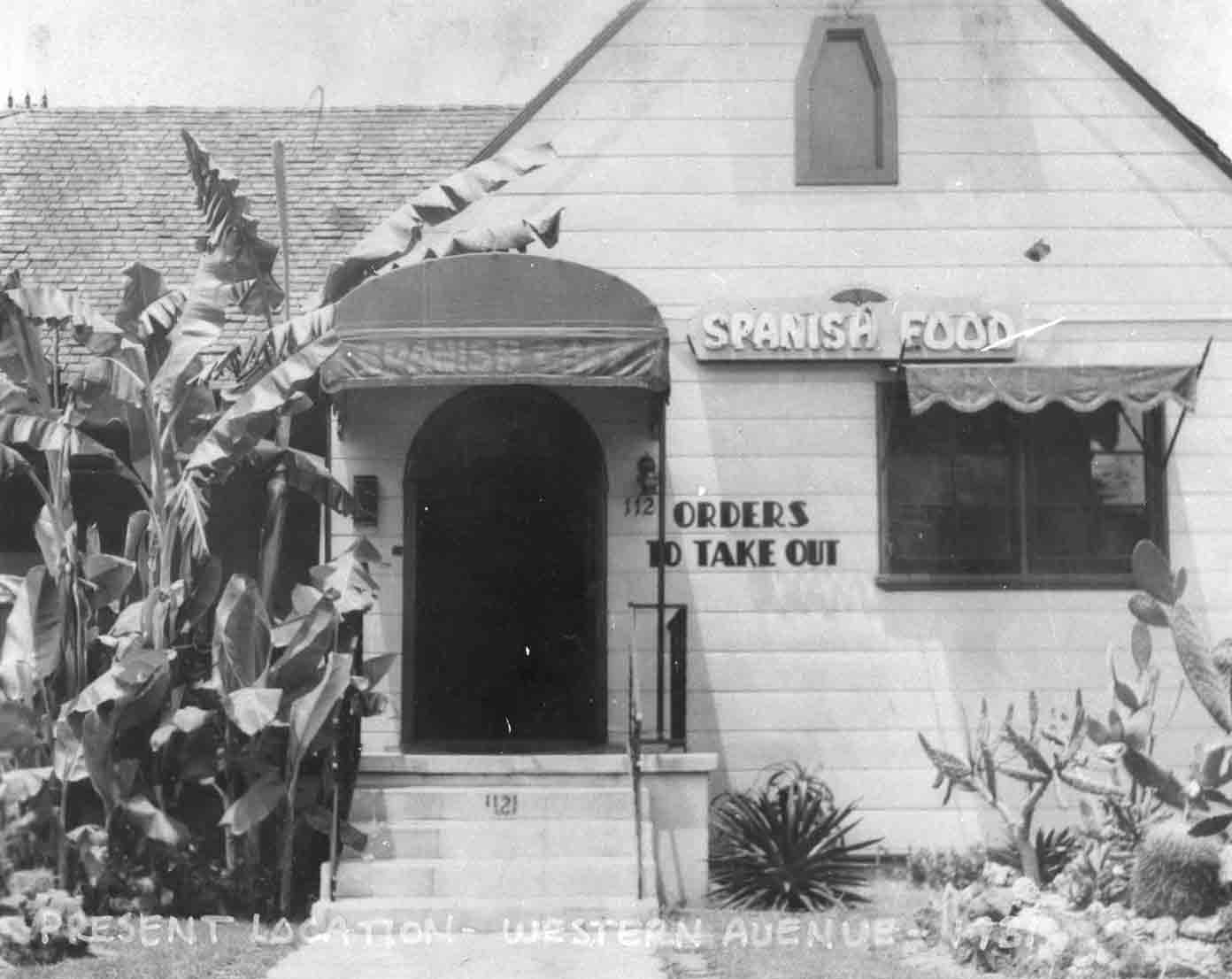 Some early memories: My Dad and Mom opened in a storefront at 1106 Western Avenue. They had five wooden booths against the left wall when you entered, and a counter on the right that seated maybe a dozen guests. In the back was a hot plate gas stove that they used to heat the tortillas and melt the cheese enchiladas by placing them directly underneath.

My grandfather, who owned the first El Cholo at Moneta and Santa Barbara (now Broadway and MLK Blvd.), would send all of his guests over to help his daughter’s new restaurant, so much so that he almost went out of business!

The famous Hollywood Star Gary Cooper always wanted strawberry jam on his flour tortillas so he would call ahead and many times my Dad had to run to the market to get some. Gary Cooper would arrive in his yellow Duesenberg roadster.

The store next door was Ed and Nellie’s drugstore, also on the corner of 11th and Western. It had a soda fountain and comic book section bedside the pharmacy. They were very good friends with my parents.